As our Secretary General Rudolf Jenny passed away in august 2021, the board decided to establish Dr. Clare Hermans as an Interim Secretary General until the next AGM in spring 2022.Clare Hermans is Chairman of the RHS Orchid Committee. She is a Research Fellow of the University of Vienna, Fellow of the Linnean Society and Secretary to the International Orchid Committee. She has a special interest in the Orchids of Madagascar and the history of the RHS Orchid Committee and writes regularly for the Orchid Review and other orchid journals.

Apart from being an orchid grower, Ari Matikka is especially interested in the technical aspects of the hobby, like grow lights and vivariums. Ari is a honorary member of the Finnish Orchid Society where he has acted as the vice president and the president, and since 2009, as a delegate of the EOC. He now lives permanently in Portugal. His many interests include singing in a Portuguese Chamber Choir.

Guido Diana is president of the Italian Association of Orchidologia since 2008, cultivates orchids for over 25 years in his small greenhouse and has a collection of 300 orchids, between species and hybrids. Guido has been involved in the organization of the EOC judgments Padua 2006. Since 2009 collaborates in the publication of the AIO Caesiana magazine.

As President of the Swiss Orchid Society, groupe de Romandie and Secretary General of the EOC, both for 20 years, as Deputy Chair of the Orchid Specialist Group at the IUCN and Member of the Expert Committee for Endangered Species appointed by the Swiss Federal Council for 12 years, Vinciane Dumont has been very much involved in the CITES revisions on orchid trade in Kyoto and Fort Lauderdale, where it has been approved to exempt orchid flask from CITES regulation. She has been co-editor of the Orchid Action Plan for the IUCN in 1996. In 2002, she resigned of all those responsibilities to dedicate herself in the organization of the World Orchid Conference in Dijon in 2005. 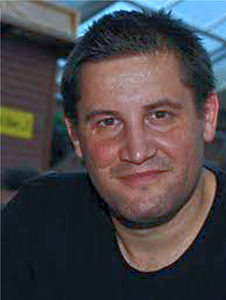 Johan Hermans is a Vice Chairman of the RHS Orchid Committee and Chairman of the Orchid Hybrid Registration Advisory Group. He is a Fellow of the Linnean Society and recipient of the VMH. He is a World Orchid Conference Trustee and an Honorary Research Associate of the Royal Botanic Gardens Kew and a Research Fellow of the University of Vienna. He has a special interest in the Orchids of Madagascar.

David LaFarge  is a Board member for the Fédération France Orchidées, editor in chief for L’Orchidophile, Vice-president for the AFJO (French orchid judging association) and an orchid judge.

His main interests are cultivation of tropical orchids, among othres Phalaenopsis, Dendrobium, Paphiopedilum and Bulbophyllum species.
He is the author of a monograph of the genus Phalaenopsis, released in 2019.

Franz-Josef Richardt is process engineer and is active in environmental and ozone-technology. He is working as a product manager for ozone systems. Franz-Josef has a collection of 700 orchids, cultivated in a 25 m² greenhouse. He is acting since 2015 as the vice president of the German Orchid Society (D.O.G.) and responsible for finance, membership management and the team lead of the orchid exhibition construction team. Franz-Josef has published several articles and is acting as a photographer for the D.O.G.

Despite its degree in Cultural Studies and a post-grad in Literature and Interastistic Studies, Pedro´s most extensive work has always been within the orchid world. Trained by Elizabeth Garton and Verena Binder, Funchal soon prooved to be an excellent theatre for an orchid enthusiast where other names like Adolph Schon came along.

Growing a 500 species collection, Pedro has a particular interest in Masdevallia and Coelogyne, growing them year round outdoors.